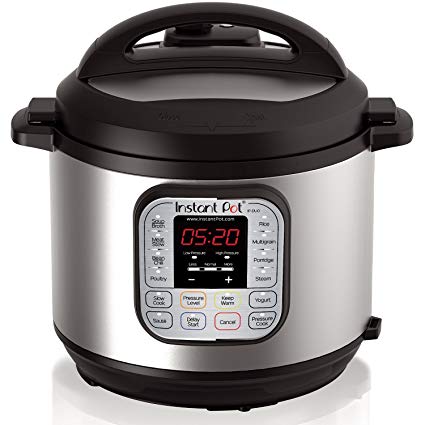 A hands-on cooking class culminating in a family-style dinner served with wine and beer. Humming of Queen and David Bowie's "Under Pressure" optional and welcome.

Pressure cookers are an incredible tool for building flavor in the kitchen – no longer the scary ceiling painting geysers of the past, they are a reliable way to cook efficiently and celebrate food with respect even with our busy schedules. We will use pressure cookers to ease our way through the traditional Friday Turkey Soup in one quarter of the time but with double the results. Then we will use the Instant Pot to whip out a drop-dead impressive seafood risotto, made in under an hour counting the time for picking up the highlights of Bi-RIte’s fish display. Go all the way Old School this Christmas with an actual Christmas Pud, and allow Chef Mike his favorite baking pun with a dessert bread from Southern Germany. Finally, and just for you, for those lost days between the parties and the work events, teambuildings and tree lightings: a casual, filling and delicious bowl of bacon, lentils and cider done in less time than it takes to shut down the laptop and slip into PJs.

MENU:
Next Day Turkey Soup with Stuffing-based Bread Dumplings in an Hour

Made it Through Weekday Lentils, Bacon and Cider