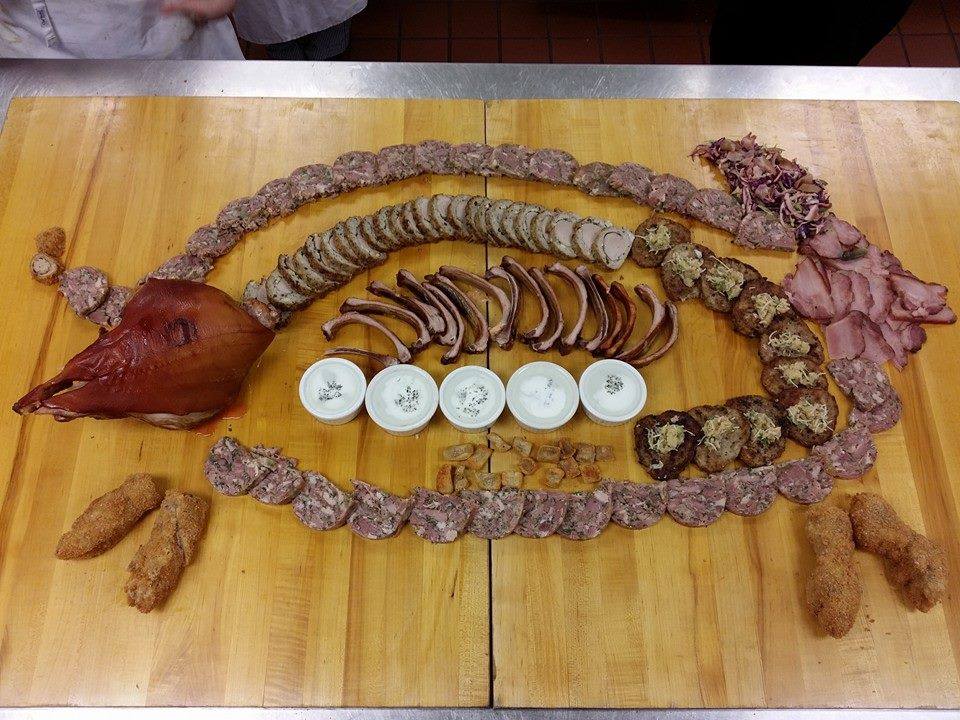 A hands-on cooking class culminating in a dinner served with wine and beer.

For this special class, Bi-Rite Market Butcher, Htet, will team up with Chef Mike at 18 Reasons for a celebration of the incredible pig. It is Hogust, after all! We will use a pressure cooker to quickly cook down some lesser-used pieces of pork, then assemble into a fantastic appetizer terrine. We will learn some San Francisco-friendly smoking techniques to assemble a delicious entrée salad for the summer. Then Htet will take you on an adventure with pork caul fat as you assemble classic French crepinettes. Htet will show us all how to open up a double-cut chop for stuffing, so we can assemble a delicious Cajun-inspired chop with “smothered” gravy. You'll finish the class with a dinner, where the conversation can continue and Htet will discuss high-quality pork and the secrets of whole animal butchery.