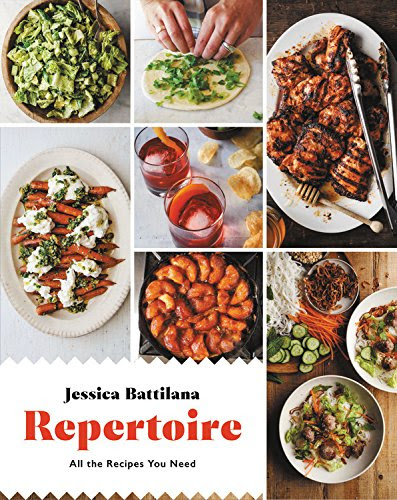 A hands-on cooking class culminating in a family-style dinner served with wine and beer. Copies of Jessica's book will be available for purchase.

There are hours of sunshine and school's out; it must be summer! We yearn to celebrate this vitality of this season with parties and gatherings, but often need a bit of help. There's a lot of perceived pressure on hosting the right kind of party (what do I serve?) and on being the right kind of guest (what do I bring?). The point of gathering is to be with one another, period. Let Jessica's tried-and-true recipes from Repertoire give you a helpful nudge toward frequent and easy summer socials featuring the best of the season's produce and fish.

Jessica Battilana is a freelance food writer and recipe developer. Her first solo cookbook, Repertoire: All The Recipes You Need, was published by Little, Brown in 2017. She writes a bimonthly column by the same name for The San Francisco Chronicle. She is the coauthor of several other cookbooks; her work has appeared in Martha Stewart Living, the New York Times, the Wall Street Journal, Gastronomica, Saveur, Sunset, and multiple editions of The Best Food Writing. A Vermont native, she lives in San Francisco with her wife and children.