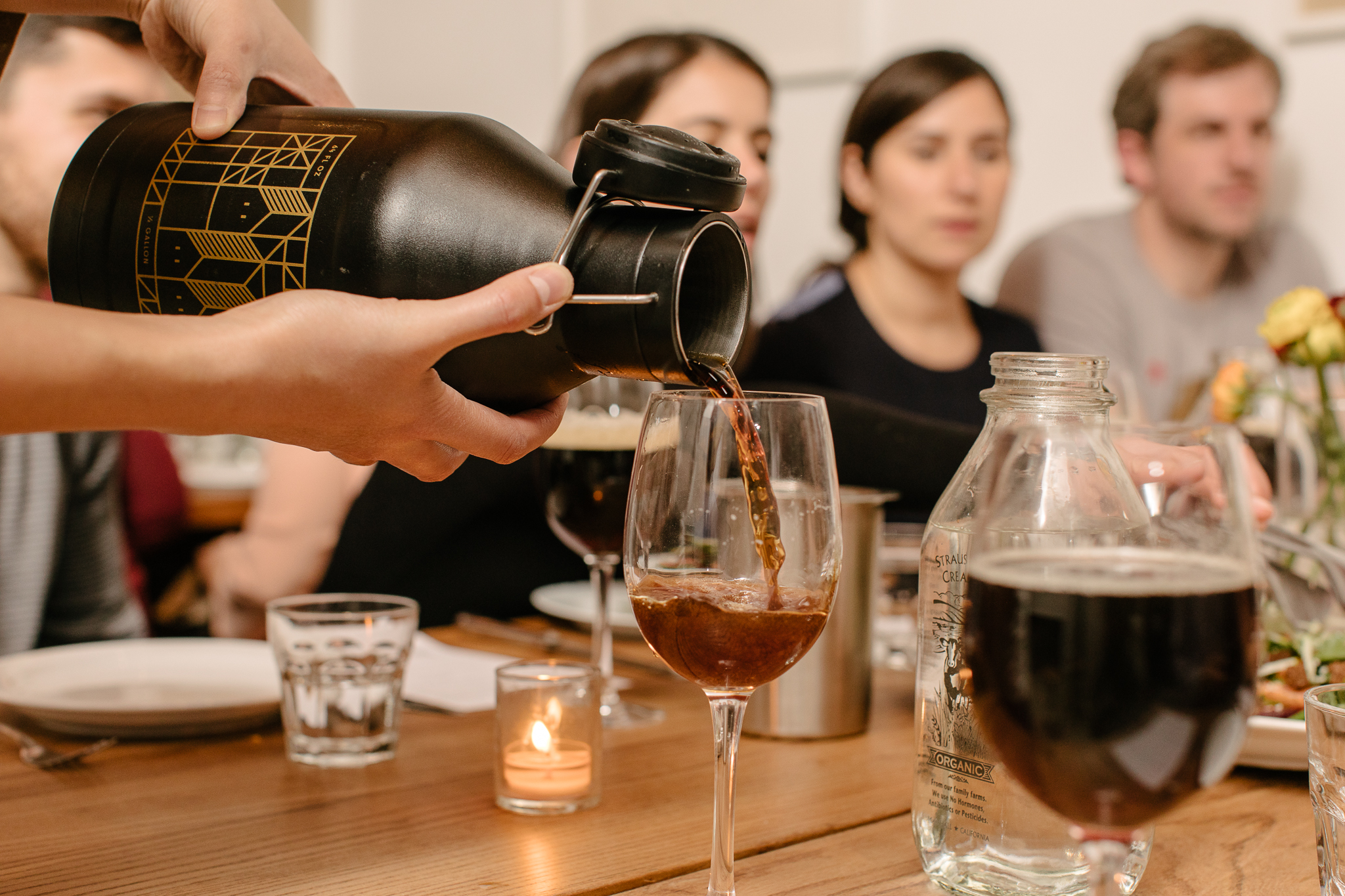 Inspired by some of his favorite flavors around the world, our Chef Mike Weller will pair six of Fort Point's latest beers for SF Beer Week 2020. Fort Point staff will host conversations around our dining room, with expertise and stories told by Fort Point's Director of Brewing, Mike Schnebeck. Bring your boo or your bestie, and saddle up for a globetrotting menu with local brews.

*Menu subject to change due to ingredient availability

This menu contains the following common allergens: dairy, shellfish, fish, eggs, soy, peanuts, nuts and wheat. Let us know if you're allergic to anything by sending us a note at info@18reasons.org before purchasing a ticket.

Fort Point Beer Company is a New American brewery - the product of a thriving American craft beer culture, shaped by deeply San Franciscan values: quality craftsmanship and a spirit of innovation. We create balanced, thoughtful beers that reference traditional styles but are by no means bound to them. For us, brewing is the confluence of creative expression and refined technique. We want our beers to tell a story, inspire an idea, and be thoroughly enjoyable.
Mike Schnebeck is the Director of Brewing at Fort Point Beer Company, located in San Francisco, CA. He has overseen production since the brewery opened in 2014 and has helped lead the company to considerable year-over-year growth. His team has won multiple awards for their beers, including a silver medal at the 2015 Great American Beer Festival, and gold medals at the California State Fair. He believes that the most enjoyable beers are balanced, nuanced, and show harmony among their flavors. When he's not staring at spreadsheets or studying fermentation, he spends his time playing music with friends, exploring the outdoors, and refining his grilling technique.
(Photo courtesy of Fort Point Beer Company with Credit to Peter Prato)