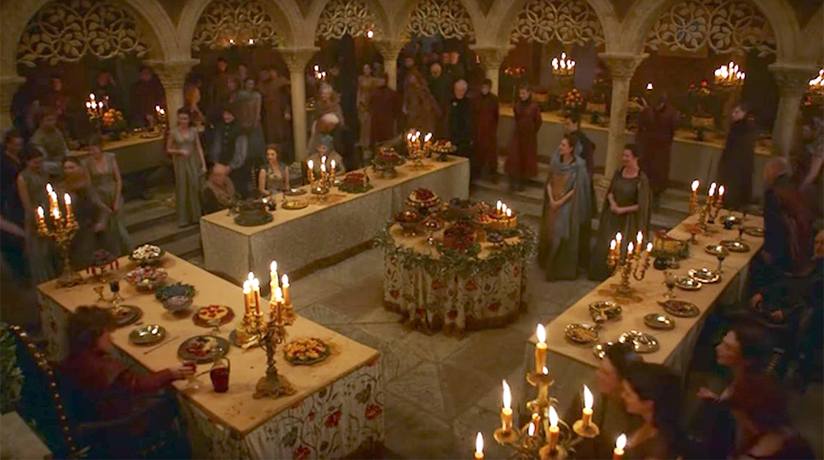 A five-course family-style dinner served with mulled wine and beer.

Tonight features a different world of cuisine, as we take a break from the daily grind of the work week and journey to Westeros for a Game of Thrones-themed evening of feasting. Five courses from throughout the regions will be served, paired with cold ale and mulled wine. Chef Mike Weller poured his love for the series in creating this menu, hoping fellow fans will gather at our tables. An evening of spectacle and revelry is planned, with dramatic presentations of royal food and epic dishes fit for those who feel fit to rule from the Iron Throne.

A Soup from Highgarden

From the Westerlands – Fresh and Smoked Fish Pie

From the North – The Walkers at the Wall

(Photo credited to Game of Thrones and HBO)